Actions instruct the Hover SDK how to integrate with a USSD service. To create actions sign in to your Hover account then go to the actions tab and click on + New Action 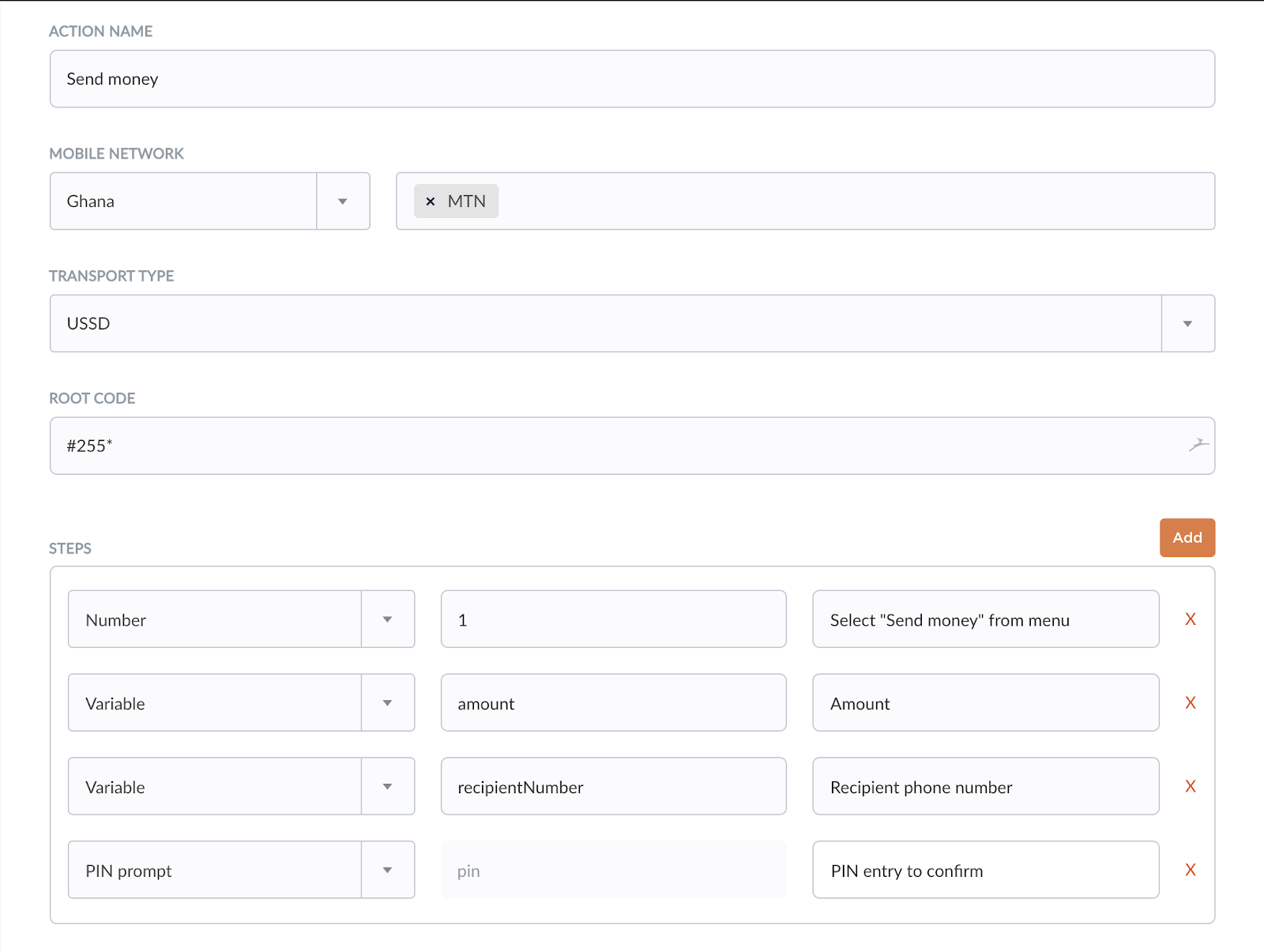 Steps can be one of three types

As of the current version of the Hover SDK is

Create an API key for your app by clicking “New app” on the left side of your dashboard. Enter the app name, package name, and an optional webhook url. The package name MUST match the applicationId found in your app-level build.gradle file.

After you click save the new API token can be found under your app’s package name in the left-side of your dashboard:

Add the Hover repo to your root build.gradle repositories:

Add the SDK to your app-level build.gradle dependencies:

Include your API token in your AndroidManifest.xml:

Your actions are downloaded and the SDK is initialized by calling Hover.initialize(). This needs to be done once, ideally in your main launch activity. Please do not do this in your Application class.

When the user clicks a button or takes another action, start the USSD session. Specify the action_id, and names and values for any variables.

The Hover SDK will only run an action on a SIM card of the network(s) it is configured for. We provide helper methods for checking a user’s SIMs; see using actions for details.

Get information about the session

Implement onActivityResult() to get the content of the session. If the resultCode is RESULT_OK then as far as the SDK can tell the request was accepted and is being processed by the USSD operator. If the result code is RESULT_CANCELED then something went wrong and you should not expect the request to succeed. In this case the data intent returned will have a String Extra called error which will contain the error message.

To categorize transactions as “succeeded” or “failed”, you can parse the final USSD or SMS message using a regular expression. Hover provides a number of helpers for parsing the content and result of a USSD session, or you can do it yourself. To use Hover’s parsers add a parser to an action, set the status you want assigned to this particular type of result (e.g. status: “failed”, category: “wrong PIN”) and write the regular expression for the message as it appears in the final SMS or USSD message.